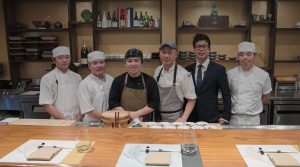 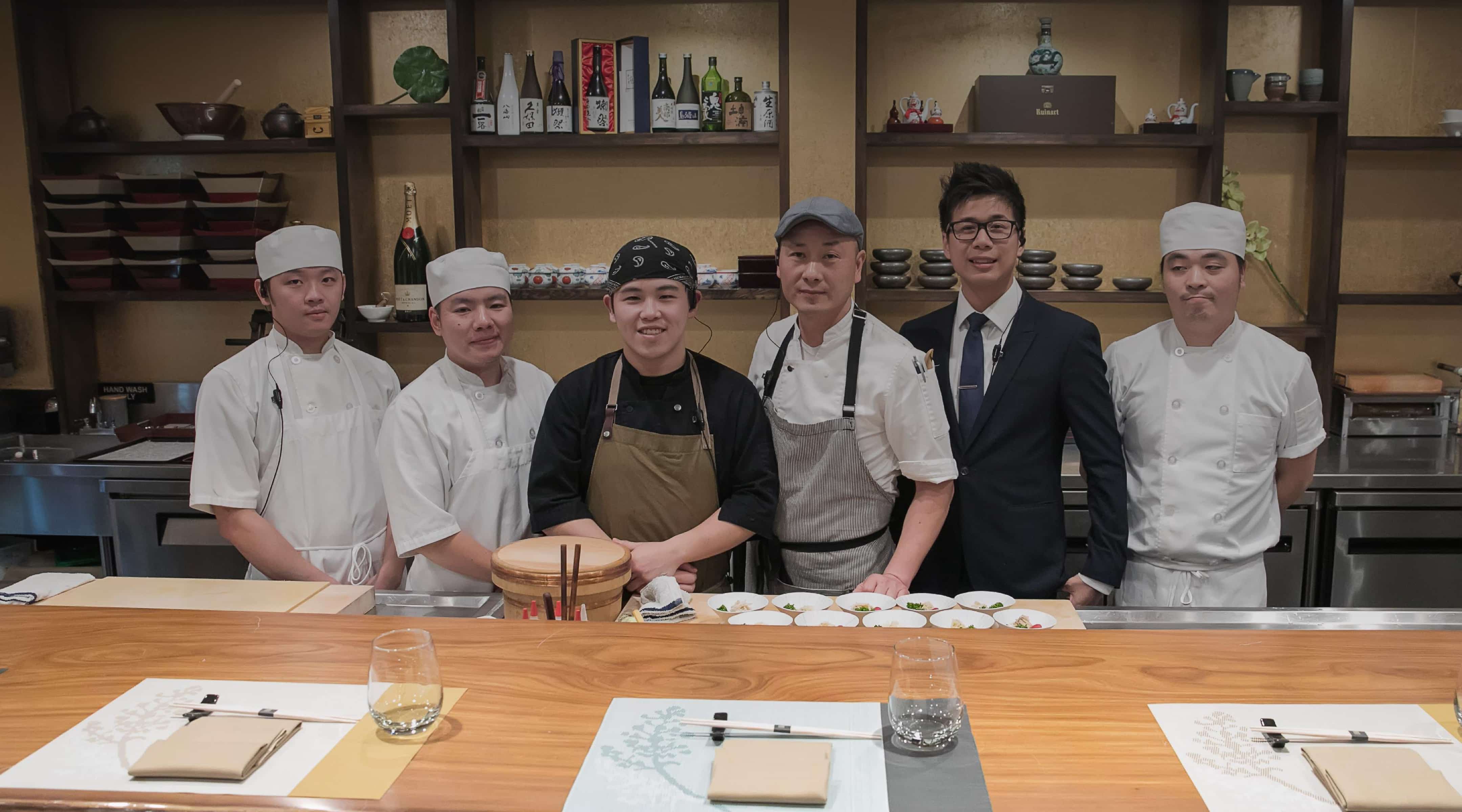 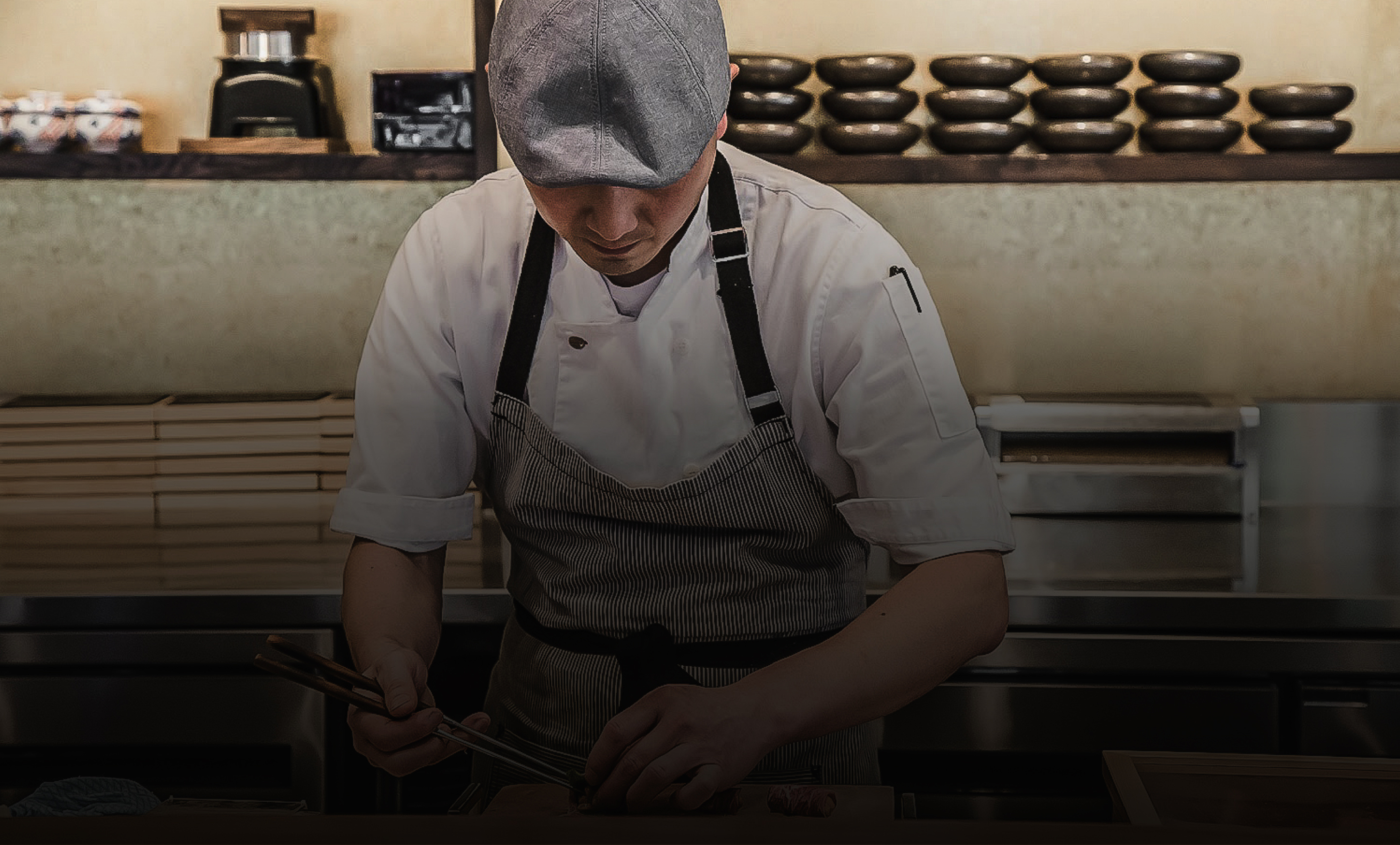 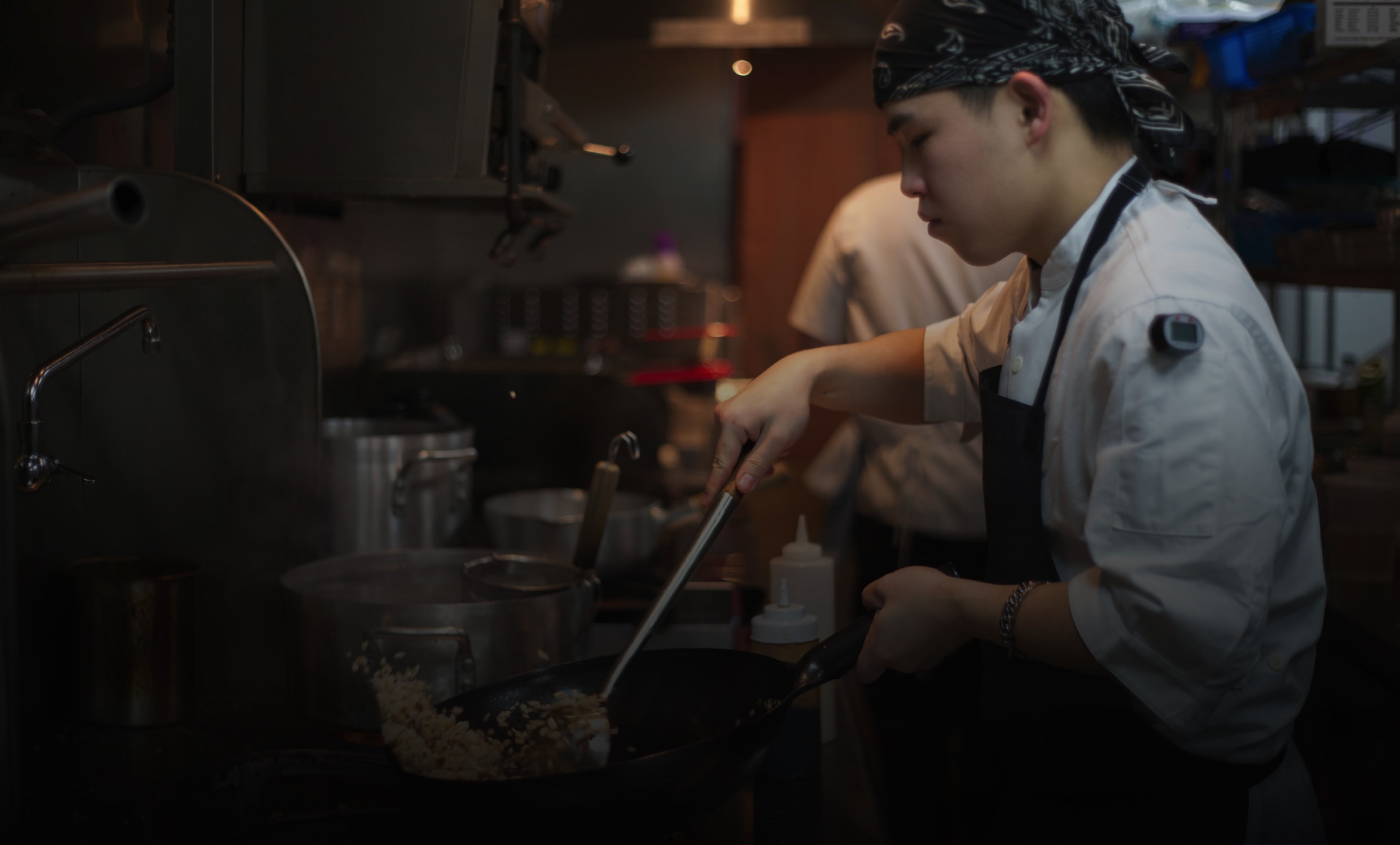 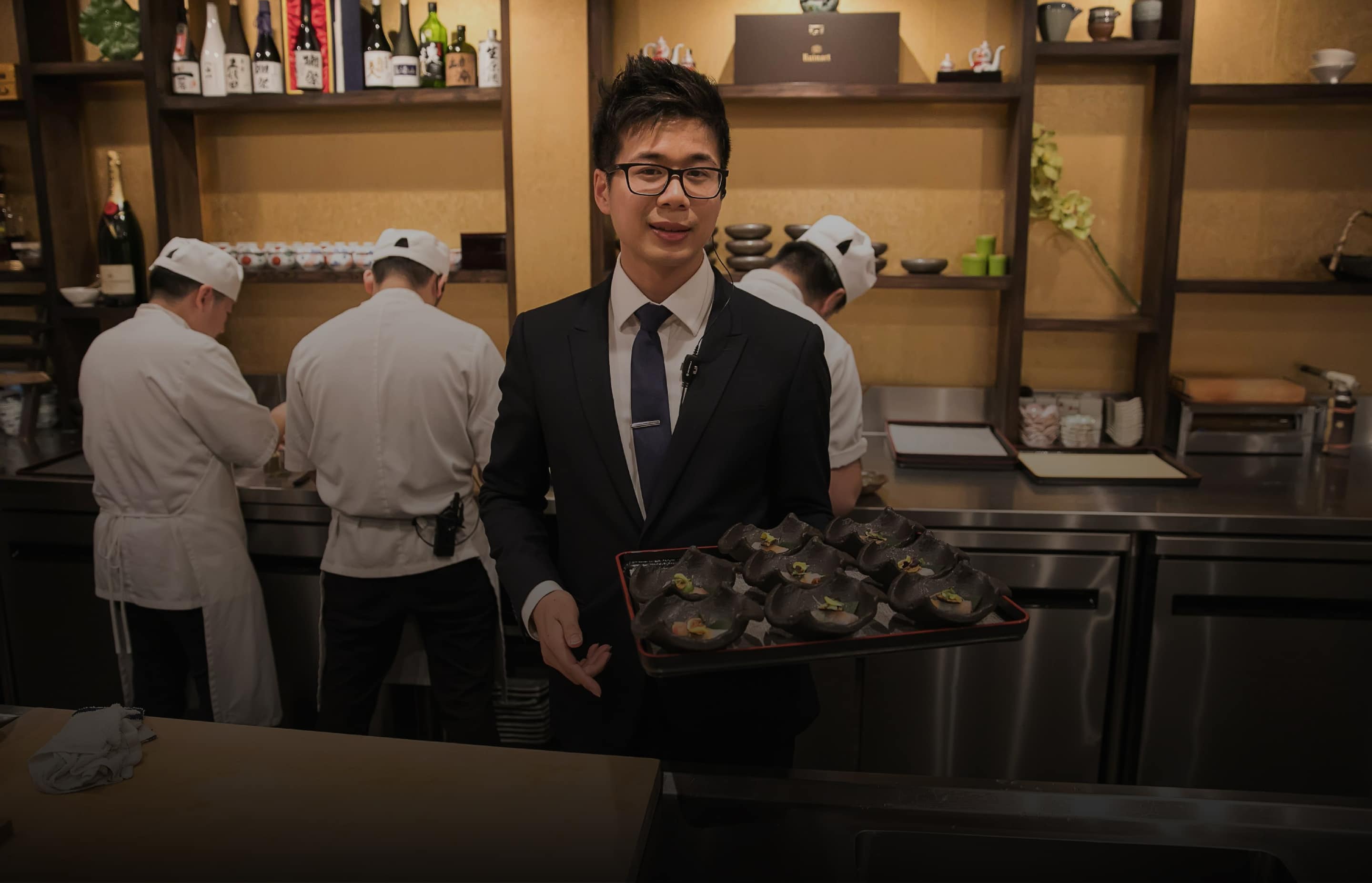 Minamoto is proud to serve its customers a unique and enriching experience of various traditional Japanese cuisines. From our beautifully arranged “Teishoku” (Japanese Meal Sets) to the featured “Omakase” (Chef’s Choice Meal), each menu item has been carefully crafted to entice your senses. Premium quality ingredients are flown in fresh from Japan each week, and they are prepared creatively by our highly experienced chefs.

Grant was the chef and owner of Izumi on Long Island for 15 years. With his burning passion for cooking, he desired to learn and grow more as a chef, so he decided to sell Izumi, and move on to high-end Japanese cuisine. He started as a sushi line cook at Bar Masa, where he met Dylan before working his way to be the head sushi chef at Kappo Masa as one of its opening team members. Later on, he joined Dylan to work at Iki Modern Japanese Cuisine as one of the head Omakase chefs.

Dylan went to the Institute of Culinary Education (ICE) in New York and graduated with the “Top Technique Award.” He then started at Bar Masa as a line cook. After working up to be the lead line cook, he was transferred to Kappo Masa as part of the opening team. He later went on to open Iki Modern Japanese Cuisine in 2015 as Executive Chef. Iki was named #6 on the Eaters:New York’s list of “New York City’s 12 Hottest Sushi Restaurants.” After a year, Dylan quit his job as Executive Chef to return to Manhattan, working with well-known restaurants such as O Ya and Ichimura at Brushstroke.

Isaac worked with Dylan and Grant at Iki Modern Japanese Cuisine in New York. Now, as the General Manager of Minamoto, Isaac is the main point of contact and spokesperson for the restaurant. Prior to Minamoto’s opening, Isaac addressed a number of publishers, projecting the team’s thoughts on the new project: “We’re so excited to team up again to introduce our first West Coast restaurant in Bellevue at Alley 111. Our years of experience working together and our vision for high-end Japanese food will create a one-of-a-kind experience.”

FOR NEWS AND SPECIAL PROMOTIONS